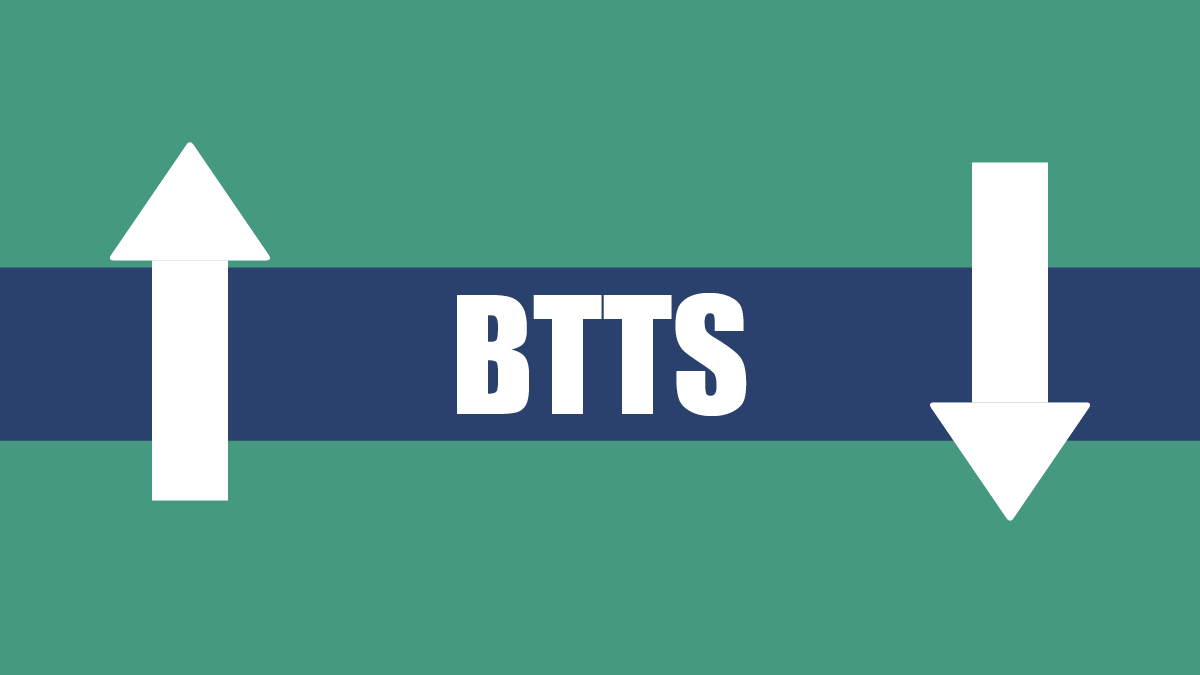 We’re well into the season now, and everyone can see who the best and the worst teams are in terms of winning matches - as the old saying goes, the league table doesn’t lie. But you might be wondering how sides stack up when it comes to betting markets other than windrawwwin.

In this article we’ll be looking at BTTS, and the best sides to back in that market. We’ll also be looking at some of the worst performing sides - when these teams are playing you might want to put your money behind BTTS No.

The longest active BTTS streak in the Premier League belongs to Manchester United. It’s just about the only league table they’re likely to be topping any time soon, but Ralf Rangnick’s men have scored and conceded at least one goal in all of their last 6 PL matches away from Old Trafford.

There are actually 3 other Premier League teams who have produced 18 BTTS matches so far this season, but the other 3 have all played one more game than Eddie Howe’s men, so we're giving them the crown for best BTTS team to back. 18 in 28 games works out to a BTTS percentage of 64% for the Toon.

Bristol City claim the double in the Championship for the most in form BTTS team by virtue of having the longest streak, and the best side across the season as a whole. Now that their team look comfortably safe, 15 points clear of the drop zone in 18th, Robins fans might just about be able to enjoy the end to end football that has seen goals fly in everywhere this campaign. City do also boast the 4th top scorer in the division in the form of Andreas Weimann who has found the net 17 times so far this season.

Sometimes BTTS streaks are indicative of a team playing successful, fun football. In Morecambe’s case though, it is simply because they cannot defend. Derek Adams’ men have now failed to keep a League One clean sheet in 13 attempts, and find themselves in 22nd place. Things are unlikely to get much better at the weekend as they face 2nd placed Wigan Athletic on Saturday.

Oxford have been exactly the kind of fun side mentioned above this season. They sit 4th and could still earn a place in the Championship next season, although if they do it is likely to be via the playoff route. Oxford are the league’s highest scorers with 73 in 38 so far - that’s 9 more than league leaders Rotherham. Their fans might wish they could just keep them out at the other end.

The two best BTTS teams in League Two actually face each other this weekend, on Saturday 19th March. 6th placed Swindon need the points to continue their playoff push, while Crawley are comfortably mid-table and very unlikely to be sucked into the relegation battle. Either way this clash promises goals at both ends. Although the two sides are level on the number of BTTS games they’ve played this season, Crawley have played one fewer match overall so take the crown for the best BTTS side to bet on this season. They are also another side doing the double, of being both a hot ticket right now and the best side across the whole season.

Football is ultimately about entertainment and Crawley's fans have certainly had that, even if their windrawwin form hasn’t pulled up any trees, leaving them only 15th. They are comfortably safe from relegation to the National League though.

The Worst BTTS sides in England (BTTS No)

The longest active streak without BTTS in a PL match belongs to Frank Lampard’s Everton, who have now gone 5 league matches without a game where both teams got on the scoresheet. In fact, Everton have been responsible for that statistic by not scoring themselves in all of the last 4.

12 of Wolves’ 29 league games so far this season have finished 1-0 to either the home or away side. It is getting to the point now where they might need to get in touch with Arsenal fans to see if they can borrow their chant. It has worked well for them though, Bruno Lage’s men are 8th and still firmly in contention for a place in Europe next season.

Ben Brereton Diaz was undoubtedly the story of the first half of the Championship season. Following his exploits for Chile in the Copa America, the Stoke born frontman returned to domestic action with a vengeance, netting 20 times in 25 league games to kick off the season. However, he has only played 3 league games for Blackburn since the 24th January, and his side have missed him badly. The Lancashire side have not scored in any of their last 6 away matches, and at least one team has failed to score in all of their last 9.

Hull have kept things tight this season in a bid to survive their first campaign back in the Championship. And it looks to have worked too, they find themselves 13 points above the drop zone in 19th as things stand. In their last 20 league games, there have been just 38 goals (1.9 per match) so it’s no wonder that in many of their matches at least one side has failed to score. Their stinginess has been even handed though - Hull have scored 19 and conceded 19 across their last 20.

Rotherham fans won’t care one bit if topping the league for the longest active "No BTTS" streak and the most non-BTTS games overall this season makes them look boring - mainly because their side top the actual League One table too. Paul Warne’s side lead second-placed Wigan by 4 points, although they have played a couple of games more than their cross-Pennine rivals. As you might expect then, this streak largely comes from keeping clean sheets rather than failing to score themselves. The Millers have kept 14 clean sheets in 19 league away trips so far this season, winning 11 of those - that makes them one to watch in the win to nil market too.

Bradford’s form has been a mixed bag recently, with wins following hot on the heels of defeats and vice versa. The only thing that has been consistent, away from home at least, has been the fact that at least one team in the match has failed to score.

Tranmere are 4th in League Two as things stand, and it is their excellent defence that has propelled them to that league position. Micky Mellon’s men have kept 18 clean sheets this season in 37 attempts, and although they have started to concede more goals recently that could just be a blip.

So there you have it. For more BTTS stats, tips and odds, check out our BTTS hub. We cover all 4 English league divisions plus over 20 European leagues and competitions including all of the big 5.