Allsvenskan is the Swedish top flight, and here you can find tips and predictions for every match in one place.
Select a bet by clicking the relevant odds, any selections you make will be added to your betslip – which you can use to compare odds and place your bet with the bookies. 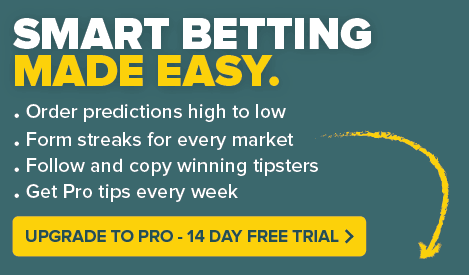 Our algorithm provides predictions across a range of leading markets, including  Both Teams to Score (BTTS), Over/Under 2.5 Goals and Win-Draw-Win.

Use the menu above to swap between markets and use the stats panels on each prediction to view the latest form and market statistics for the fixture.

Add selections from our predictions to your smart bet slip and we’ll calculate the cumulative odds and returns. Odds are automatically compared between leading bookmakers.

Tips and Statistics for every Allsvenskan Game

Our algorithm crunches historical data to provide accurate predictions for every game.

Form data is specific to each market. To view recent form and infographics simply click the chevron featured on each selection.

Click on any of the preview links highlighted above to view the match preview for that game.

When is the Allsvenskan season and how many teams are there?

The Allsvenskan series runs from late March to early November. Summer leagues like this are great leagues to focus your betting on when other major European leagues are in the off-season. 16 teams play each other twice (home and away) for a total of 30 games per season. This is an identical format to the Norwegian Eliteserien.

How does relegation and European qualification work in the Allsvenskan?

The two bottom teams are relegated, and replaced by the top two teams in the Superettan (Sweden’s second tier). The third bottom Allsvenskan team plays a relegation play-off match against the team who finishes third in the Superettan to decide the final place in the next season’s Allsvenskan.

Sweden’s current position with the 21st best UEFA coefficient means that the following teams will qualify for European competitions.

The Allsvenskan winners will earn a spot in the first qualifying round of the UEFA Champions League.

The second and third placed teams will both qualify for the second qualifying round of the UEFA Conference League. The Swedish cup winners will also qualify for this stage. If the cup winners have already qualified via their league position then this place will fall to the fourth placed team in the Allsvenskan.