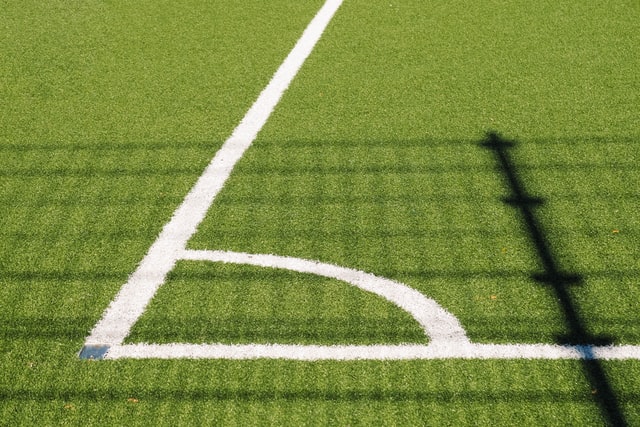 Lay the Draw Betting Strategy – How it Works

If you have ever delved into the world of football betting, even very briefly, it’s almost certain you’ve heard of the age old football trading strategy, “lay the draw.” One of the best known football strategies of all time, the lay the draw strategy first cropped up in 1999 and rapidly took over the world of online betting from the early 2000’s onwards.

If you’re a beginner to betting and want to know exactly how lay the draw trading works and how you can place a bet of this kind, you’re in the right place. So, without further ado, let’s take a look at lay bets.

What is Lay the Draw in Betting?

To put it simply, if you are laying the draw in football, you are betting against a draw occurring, either the home team or the away team must win the match.

With the right research and stats, lay the draw betting strategies can be very profitable.

So let’s take a look at lay the draw as a betting strategy:

We have chosen Liverpool vs. Arsenal for our trade. It’s coming up to the end of the Premier League season, Liverpool are second on the table and have so far scored 58 goals. Not only this, in their draw against Arsenal they are playing Liverpool home.

The 70 minute mark is approaching in the game, but the score is still 0-0. Arsenal’s form has started to become a bit shaky, but Liverpool are holding up energy and they are getting closer and closer as the time passes.

You have decided to place a £10 lay the draw bet at odds of 1.86; liability is £8.60 but there is still a £10 profit on the cards if a goal is scored by either team before the end of the match. Cashing out before the 90 minute whistle is also an option if you really want to heighten your chances.

It’s getting tense; 70 minutes have passed, 75 minutes gone, the 80th minute has now also been and gone. But, just as you’re losing hope, Liverpool hit the back of the net at 84 minutes in and finally a goal has been scored with 6 minutes left in the match.

With the score at 1-0 and Arsenal visibly upping their game, the odds of a draw have just increased. There are two options at this point, gamble and risk your profits or cash out. If you risk it and leave your bet until the close of the match and Arsenal do manage to sneak in a goal to equalise, you’ll lose your profit and your liability.

However, betting sites will give you the option to cash out while you’re still in the winning position! The closing price will depend on the playing teams, the time of the match and the state of play, but in this situation at 84 minutes in, it’s more than likely you’ll reap a nice stake-profit return.

If we had to give you a single piece of advice that would give you the best chance for a win on a lay the draw bet it would be take your time to research your match selection.

Everyone has an opinion in football - so do the research and use the statistics available.

Take a look at the odds of probability for a goal being scored for a specific match, and if the odds are low, it's best to move on - even if it’s your favourite team. Picking a low probability match will likely result in a loss, and you don’t want to lose your money if it can be helped.

Assess football stats such as the history of the two teams in their previous matches together, how they perform as the home team or in away environments, do they have any injured players, scores in recent matches, average goal times and any other information that will help you decide the likelihood of a goal being scored in that match.

Do You Know Average Goal Timings?

Believe it or not, some teams are prone to score the majority of their goals within specific time frames. If, for example, the team you want to place a bet on scores the majority of their goals between 73 and 90 + minutes, it’s sensible to place a lay bet for 73 minutes into the football match if your previous research suggests there is a high possibility of a goal score during the match.

Drawbacks to Lay the Draw Strategy

There’s not many things in life that don’t have a flaw or two, this is the same for lay the draw betting. While it is an overall great strategy, especially for beginners, there are a few drawbacks that you should be aware of:

Is the Strategy Too Popular?

Lay the Draw is one of the most popular betting strategies around, and when strategies become too popular, naturally they begin to lose their shine. This could partly be due to their success, so if bookmakers start giving away too much money in winnings, they might start to tweak the odds in their favour.

Too Easy, You Say?

Yes, that’s right, some people say Lay the Draw betting is too easy. But, that can sometimes backfire if a punter gets a bit too confident.

Really all you need to win a lay draw bet is a goal scored at any given time in the match, and considering a whopping 92% of matches have at least one goal scored, the odds are definitely in your favour. This means bettors sometimes get a bit too cocky with the stake they place and can end up losing a lot of money on the slim chance a goal isn’t scored.

Another aspect of it being “too easy” is it’s easy to overlook the possibility of losing the chance to lock in a profit and the consequences of no goals before the stop loss exit point.

If the underdog team scores the first goal, your initial reaction would be to go and lock your potential profits to guarantee a win, but this isn’t always possible.

A lay the draw betting strategy can be risky if you're a betting newbie - so do the research.

When an underdog is the first to score, the draw price can sometimes go lower instead of higher and you miss out on the opportunity to lock in your profit. This is because the bookmakers will assume it is more likely to end up in a draw when the full time whistle blows and will therefore lower the odds; this is where lay the draw betting strategy becomes tricky if you are a newbie to the market.

For example, if Norwich City were faced with Manchester City in the Premier League, Norwich would be the underdogs of the game and Manchester City as the favourites. If the underdog scores first and takes the lead - Norwich in this case - the draw price would shoot back up to the starting price and you wouldn’t be able to trade out for a profit if you entered at the starting price.

However, if the favourites score first - Manchester City - you would be allowed to trade out and know you were guaranteed a profit.

Another issue with losing a lay the draw bet is when a match is running at a draw. When 70 minutes arrive and still no goal has been scored by the underdog OR the favourites, it becomes a problem when many lay the draw at match kick off.

Should you lock in a red screen, should you let the bet run, either choice is a risk but too often newbies will let their gambling head run wild and convince themselves a goal is coming, which is quite disappointing when a match does indeed end as a draw.

Now that you understand lay the draw betting strategy, you might want to be a bit more adventurous with your betting style. But don't go in blind, make sure you take advantage of our free football tips.

From free bets to enhanced odds, betting sites and bookies offer many deals and bonuses to new and returning punters.

If you really want the winning edge when placing a football bet, you should become a KickOff pro. Our premium members have access to top football tips, stats and the chance to study our football tipsters.

Do these benefits sound appealing? Register with KickOff Pro today!

Written by Ashley Salek for KickOff.