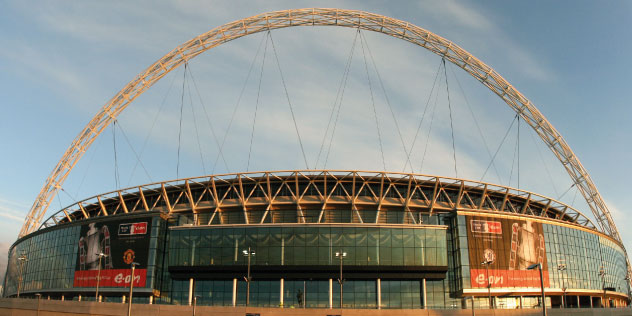 Do Own Goals Count as First Goalscorer?

The simple answer is no, own goals do not count as a first goal scorer. If a football match ends 1-0 and the only goal scored is an own goal, ‘no goalscorer’ will be deemed to have been the outcome.

What is an own goal?

An own goal is scored if a player scores against his own team. The most common examples of an own goal are when a defending player inadvertently plays the ball into their own net, or when a player plays a poor back pass to their goalkeeper, with either too much power or a lack of direction, with the ball ending in the back of the net.

Here are some examples of the craziest own goals scored in the Premier League. https://www.youtube.com/watch?v=6v9tF6Mbo5I&feature=share

Rather confusingly and leading to a fair amount of debate, there’s no specific rule regarding when an own goal should be awarded.

How is an own goal decided?

To decide whether an own goal has been scored, the governing bodies in football have concluded that the most crucial aspect is whether the initial shot was on target before hitting the defending player. If it was on target, the goal is given to the attacker. If not, it’s determined as an own goal.

Most importantly for the first goalscorer market, a goal will be considered an own goal if it’s officially recognised as such on the day of the game.

Subsequent decisions by the dubious goals panel will not affect bets. The majority of the UK licensed bookmakers’ bets are settled by the Press Association’s reports or by the official competition’s website.

If an own goal opens the scoring in a selected match, the next goal scored will settle a bet placed in the first goalscorer market. It’s crucial to remember in the goalscoring markets and many others in football betting, goals must be scored in the first 90 minutes, unless otherwise specified by the bookmaker. Extra time and a penalty shootout may not be included, but injury time will.

According to https://www.worldfootball.net/ Richard Dunne has the unfortunate record of scoring the most own goals in the Premier League, with 10.

Let’s take a look at other popular goalscorer markets:

The better chooses a player to score first, or anytime, as well as the outcome, be it WDW (1X2) or the correct score, of a selected match.

As a result of combining two markets, bookmakers will offer higher odds, giving the punter more money if successful.

If the punter’s selected player is substituted on after a valid first goal is scored, or doesn’t play at all, the bet will be void and the state refunded.

This is seen as a safer bet within the goalscoring market, as if one of the punter’s selected players doesn’t start the match or is substituted on after the first goal is scored, the bet will be void and the stake refunded.

The better chooses who will score the last goal of the match. ‘No goalscorer’ may also be selected in this market.

The better chooses a player to score in both the first and the second half. If the player plays in the first half and scores, but doesn’t play after the interval, the bet will be void and the stake refunded.

Sergio Aguero has the Premier League record for the most hat-tricks with 12, according to https://www.goal.com/en-gb

The better chooses a player who may score a headed goal. To win this bet, a header as such if any contact is made between the ball with either the player’s head or shoulder.

The better chooses a player who may score from outside of the 18 yard penalty area. In The Premier League, this would be adjudicated by OPTA, who are the official statistics provider for the league.

The better chooses a player to score and be booked. If a punter’s selected player was shown a card before or after they leave the field of play, the booking will not count towards the bet.

The better chooses a player who may score a goal, assisted by another chosen player. Assists in football are awarded to a player who played the final pass or cross prior to a goal being scored, be it intentional or not.

The better chooses a player who may score a penalty. If a penalty were to rebound off the woodwork (post or bar) or if the goalkeeper were to make a save and a subsequently scored by the penalty kick taker, the bet would be lost. If a penalty was ordered by the referee to be retaken due to the goalkeeper coming off their line or due to encroachment of players into the penalty box, the original penalty would not count towards the bet.

According to https://www.888sport.com/ Troy Deeney scored 18 penalties in the Premier League, usually smashing them down the middle.

With each of these markets, it’s important to know that if the punter’s selected player doesn’t take part in the match, the bet will be void and the stake refunded.