In order to win in the half time/full time market, you must first correctly predict which side will be leading at half time (if any), as well as whether the game will ultimately be a home win, away win or draw. Both halves must be correct to win. 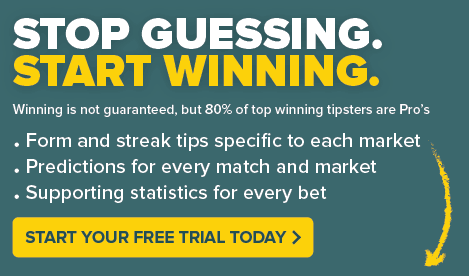 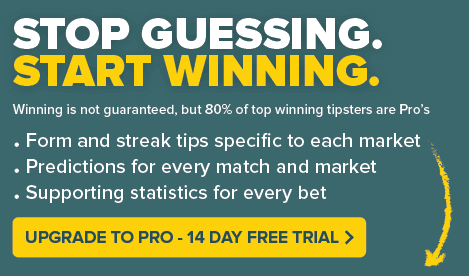 A half time/full time bet is one of the most popular ways punters bet on a football match.

It allows them to predict the score at the interval, then again at the end. Essentially, you place two bets, but both need to be correct in order to win.

There are lucrative odds to be found in this market! To help you win, here are our tips and predictions. The more informed you are, the more likely you are to make long-term profits.

Borussia Dortmund have enjoyed an interval advantage in 11 of their most recent 20 home matches in the Bundesliga, with Lucien Favre’s charges going on to claim maximum points from nine of these contests. Struggling Koln, by way of contrast, have lost ten of 12 games at this elite domestic level when trailing at the break on the road during the same period.

Over the course of their last 20 top-flight away matches, RB Salzburg have enjoyed an interval advantage on 12 occasions, eventually turning ten of these leads into three points. The boot has been firmly on the other foot as far as St. Polten are concerned, however, with seven defeats from the last nine home games in which they have been losing at the break.

When LASK Linz find themselves leading at half-time in top-flight home games, three points tends to follow, with this being the case in ten of the 11 encounters in which they have enjoyed an interval advantage across their previous 20 matches. Altach, meanwhile, have lost eight of the last nine away fixtures at this level in which they have been behind at the break.

PSV Eindhoven have found themselves leading at the break in 12 of their most recent 20 top-flight home games, with the Dutch giants going on to claim maximum points from every single one of these encounters. As for Sparta Rotterdam, they have lost seven of the eight away matches in which they have been trailing at the interval during the same period.

Somewhat incredibly, Bayern Munich have enjoyed an interval advantage in 15 of their previous 20 Bundesliga matches, with the Bavarian giants going on to convert every single one of these leads into maximum points. As for Werder Bremen, they have lost five of the last six top-flight away games in which they have found themselves trailing at the break.

Heracles have found themselves behind at the break in seven of their previous 20 top-flight away fixtures, only managing to avoid defeat in one of these encounters. This spells bad news ahead of a trip to Ajax, as the Dutch giants have converted all 16 of their interval leads into maximum points in Eredivisie home matches that have taken place during the same period.

Emmen have a habit of making life difficult for themselves on the road, with the strugglers trailing at the break in 15 of their last 20 top-flight trips, 13 of which they have gone on to lose. AZ Alkmaar, by way of contrast, have turned nine half-time leads into seven full-time wins in Eredivisie home matches played during this period, so all the signs point one way.

Galatasaray are the owners of a phenomenal recent record when it comes to converting half-time leads into full-time victories, doing so 11 times out of 12 across their previous 20 Süper Lig home games. Struggling Kayserispor, by way of contrast, have lost on all 11 occasions in which they have trailed at the interval in top-flight away fixtures during the same period.

Not only have Admira found themselves trailing at the break in ten of their last 20 top-flight away games, but they have also gone on to lose eight of these contests, so this has to be an area of concern. For their part, LASK Linz have triumphed in nine of the ten home matches in which they have enjoyed an interval advantage across their previous 20 encounters.

Feyenoord are the owners of an impressive recent record when it comes to turning half-time leads into full-time victories on home soil, doing so nine times in 11 attempts over the course of their previous 20 matches. Groningen, on the other hand, have lost six of eight top-flight away games when trailing at the break during the same period, so they will have to be wary.

Rangers have enjoyed an interval advantage in 11 of their most recent 20 top-flight encounters at Ibrox, with Steven Gerrard’s charges going on to claim maximum points from every single one of these clashes. Hamilton, on the other hand, have trailed at the break in ten of their last 20 Scottish Premier League matches, suffering defeat in eight of these contests.

Over the course of their last 20 home games at the top table of Norwegian football, runaway leaders Bodo/Glimt have enjoyed a half-time advantage on no fewer than 15 occasions, going on to claim maximum points from 14 of these clashes. Rock-bottom Aalesund, meanwhile, have been beaten in each of the last ten away matches in which they have trailed at the break.

Over the course of their last 20 home games at the top table of Austrian football, RB Salzburg have enjoyed a half-time lead on no fewer than 18 occasions, with the defending champions going on to triumph in 16 of these fixtures. Wattens, on the other hand, have trailed eight times at the break in their last 18 trips, only managing to avoid defeat in one of these contests.

Not only have Ajax enjoyed a half-time advantage in 16 of their previous 20 Eredivisie home games, but the Dutch giants have also gone on to convert every single one of these leads into three points. It has been a different story as far as Fortuna Sittard are concerned on their top-flight travels during the same period, with defeat following from all eight interval deficits.

Club Brugge are the owners of a phenomenal recent record when it comes to turning half-time leads into full-time victories on their own patch, doing so 13 times in 14 attempts across their last 20 games. Mechelen, on the other hand, have been beaten in five of the six top-flight away matches during the same period in which they have trailed at the interval.

Finding themselves trailing at the break in Eredivisie away games tends to spell bad news for Den Haag, as they have been beaten on each of the last nine occasions in which this has been the case. The boot has been firmly on the other foot as far as PSV Eindhoven are concerned on their own patch, however, with each of their last 11 half-time leads being turned into wins.

How Does the Half Time Full Time Betting System Work?

Similar to scorecast betting, this market involves placing a stake on the result at half time and at full time.

It’s important to know that you need to win both halves in order for the bet to win. This means you must predict the score at half time and at full time correctly.

It sits in the category of double bets, but both parts of your stake must be correct.

The precondition is that the game must have a break.

Let’s say Arsenal are in the lead at half time with 2-0 against Southampton in a Premier League match. The full time result is then 2-1 to Arsenal.

In order to win, you would need to correctly predict both scores.

If Arsenal were to end the game without scoring or conceding, this is still a half time full time bet. You would just need to predict the score that let them win the game.

Odds vary depending on the bookmaker or betting site you choose, as well as the football match itself. There are a number of different outcomes to a game, including draw draw or home team win at half time and away team win at full time.

HT FT betting can have some very lucrative returns, particularly for games that are difficult to predict.

Understanding this Type of Sports Betting

Half time full time markets are particularly useful in fixtures where one team is the heavy favourite to win.

In a different market, the odds may not be as attractive. However, as you predict the score at both half and full time, the potential returns significantly improve. In fact, these types of bets are admired for their high odds. This gives you the best chance of winning the most possible money for your original stake.

Looking for markets similar to this one?

Win to nil also requires both parts of your prediction to be correct in order for your bet to win. Your selected team must claim victory while also keeping a clean sheet.

Double chance betting allows you to cover two out of three possible outcomes of a particular match. This gives you more chance of predicting correctly and winning.

Both teams to score and win not only allows you to bet on the two teams scoring across the full 90 minutes, but also who you think will be victorious.

We update our tips and predictions regularly, covering all major leagues and matches.

Want to win big in this market? Here’s some general advice to help you make long term profits.

While sometimes only available to first time bettors, many bookies provide deals such as free bet offers. This allows you to win at their expense, making as much as possible for less.

You could also take advantage of deals such as enhanced odds offers, which give your potential returns a boost.

Look at past data and analytics of a particular team is essential. Consider everything from their defence to their second half record.

This is an essential part of your football betting strategy. While nothing is set in stone, you can give yourself the best chance of winning by paying close attention to the stats, such as current form.

While odds in this market can be lucrative, it’s always nice to maximise profit. Placing an acca bet allows you to significantly increase your returns.

Our Acca Smacker lets you navigate between games and markets, identifying the tips you want to add to your slip.

Ready to get started? Find our football accumulator tips here.